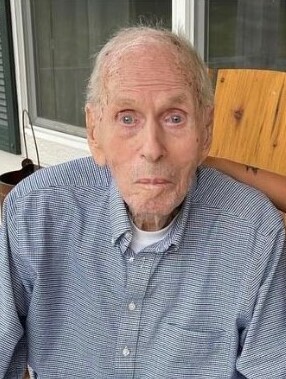 L. N. Bekkedahl, 99, died January 2, 2022 at home in the care of his caregiver, and Beacon of Hope Hospice of Lake Havasu City, AZ. Len was born on October 31, 1922 to Oliver and Alpha Bekkedahl. He grew up near Hamlet and Wildrose, ND working on the farm and attending local schools. After high school, Len, like many others from the Midwest, migrated to California in search of work. He found employment at Lockheed, helping manufacture the legendary P-38 fighter. When given a choice of remaining with Lockheed or enlisting in the Army, Len chose the Army, training at Camp Adair in Oregon and Camp Shelby in Mississippi, eventually serving in the Pacific theater in New Caledonia. While at Camp Shelby, Len was introduced to his future wife. He and Ann Carolyn Flint married on January 1, 1947 after his military service ended. Len and Carol eventually settled in Williston, ND, where Len owned and operated Bekk’s Texaco with his brother, Oliver, Jr., later selling insurance, before joining National Tank Company from 1961 to his retirement in 1984. For most of his oilfield career, Len also raised cattle from a small ranch Northeast of Williston. He loved the hard work, the animals, and the many fond distractions the “farm” provided. Desiring a warmer climate, Carol convinced Len to move south and retire to Lake Havasu City, Arizona in 1985. They both took to the desert and new climate quickly and made friends and a new start there. Havasu quickly became a favorite spot for family to gather. Len was very grateful for his family. He often voiced how lucky he was to have met and married Carol. He was very proud of his three boys, his daughters-in-law, and their families: four granddaughters, five grandsons (including the six spouses they added to the family), and twelve great-grandchildren; as well as his parents and the families of his siblings. He considered himself as blessed and incredibly fortunate to have been surrounded by such a wonderful family. Foundational to his life was his faith. Len made a decision to follow Christ in 1957. His life and focus changed from that point on. He became a student of the Bible, a member of First Baptist Church in Williston, and a stalwart volunteer, teacher and leader within that church and in subsequent congregations in Arizona. Len was a person of high integrity, character, and discipline--modeling these for his family, and friends--and though a person of many accomplishments, gifts and abilities, he wanted no accolades, but only to be remembered simply as a sinner saved by God’s unfathomable grace. He is survived by his sons and daughters-in-law: Jeff and Tonya of Baldwin City, Kansas, Mark and Kim of Nampa, Idaho, and Jill (Steve), of San Diego, California; and nine grandchildren, twelve great-grandchildren and seven nieces and nephews. He was preceded in death by his parents; Carol, his wife of 70 years, and eldest son, Steve; and his siblings and their spouses: Mildred and Harry Hansen, Archie and Vivian Bekkedahl, Ollie and Joan Bekkedahl, and Marian and Vern Warnke; and two nephews, Dick Hansen and Craig Bekkedahl. Special thanks to grandson Jake Bekkedahl and his wife Christina and their family, and Rhonda Schiavone, for their attentive and loving care of Len (at all hours); and the staff at Beacon of Hope Hospice for their compassionate assistance and care over the last several months. Lietz-Fraze Funeral Home is assisting the family and a memorial service is planned for later this spring.