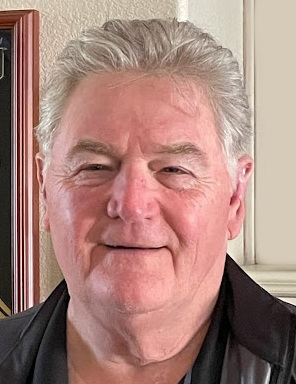 Edward Joseph Little died Friday, September 17, 2021 from complications related to his second bout with cancer. He died peacefully, surrounded by his wife and two children in Gilbert, Arizona. Born in Moorestown, NJ, Ed was raised by his mother, Dorothy McGann Wetherill (deceased), and stepfather, Paul Wetherill (deceased). He graduated from Moorestown High School in New Jersey, before attending Villanova University in Pennsylvania. Ed earned a BS in Business Administration and returned to school later in his career to graduate with a Master’s in Business Administration. Ed was drafted into the Army in 1967. He served honorably in the Vietnam War as a Staff Sergeant in the Irish Rangers, earning three Purple Hearts. After the war, Ed came home to California where he met the love of his life, Carol. They were married in 1971 in Whittier, CA. Together they raised two wonderful children in San Diego, CA. Ed had a successful career with Lucky Stores/Albertson’s that spanned over 35 years, ultimately leading the company’s largest region (Southern California) as Vice President of Operations. Upon retirement, Ed and Carol moved to Lake Havasu City, AZ. Ed was an avid golfer, loved boating, and never turned down a good scotch. More than anything, he loved his family and friends. He was a devoted husband, a wonderful father, and the absolute best pop-pop. Ed is survived by his loving wife of 50 years, Carol Little, and their two children, Melissa Little Bieri [spouse Brad; children Tyler (15), Dylan (13), Kaylen (11)] and Brian Little [spouse Kimberlee; children Emilee (7), Caroline (5), Matthew (2)]. He also leaves behind three loving siblings: his twin brother, Jim Little (spouse Kathy), and two sisters, Debbie Wetherill Herndon (spouse Steve) and Patrice Wetherill (spouse Lupe). Ed left an immeasurable impact on the world around him: a legacy of sacrifice and service; of work ethic and integrity; of love and family. He will be greatly missed. Thoughts and condolences may be submitted to the family at www.lietz-frazefuneralhome.com. To send a FREE card to the family go to www.sendoutcards/lietzfraze